I’m preparing to leave on a little trip next week. I decided to clean the workshop a little bit to make the place a bit more welcoming when I return. I found this scrap piece of alder in a pile of plane shavings. 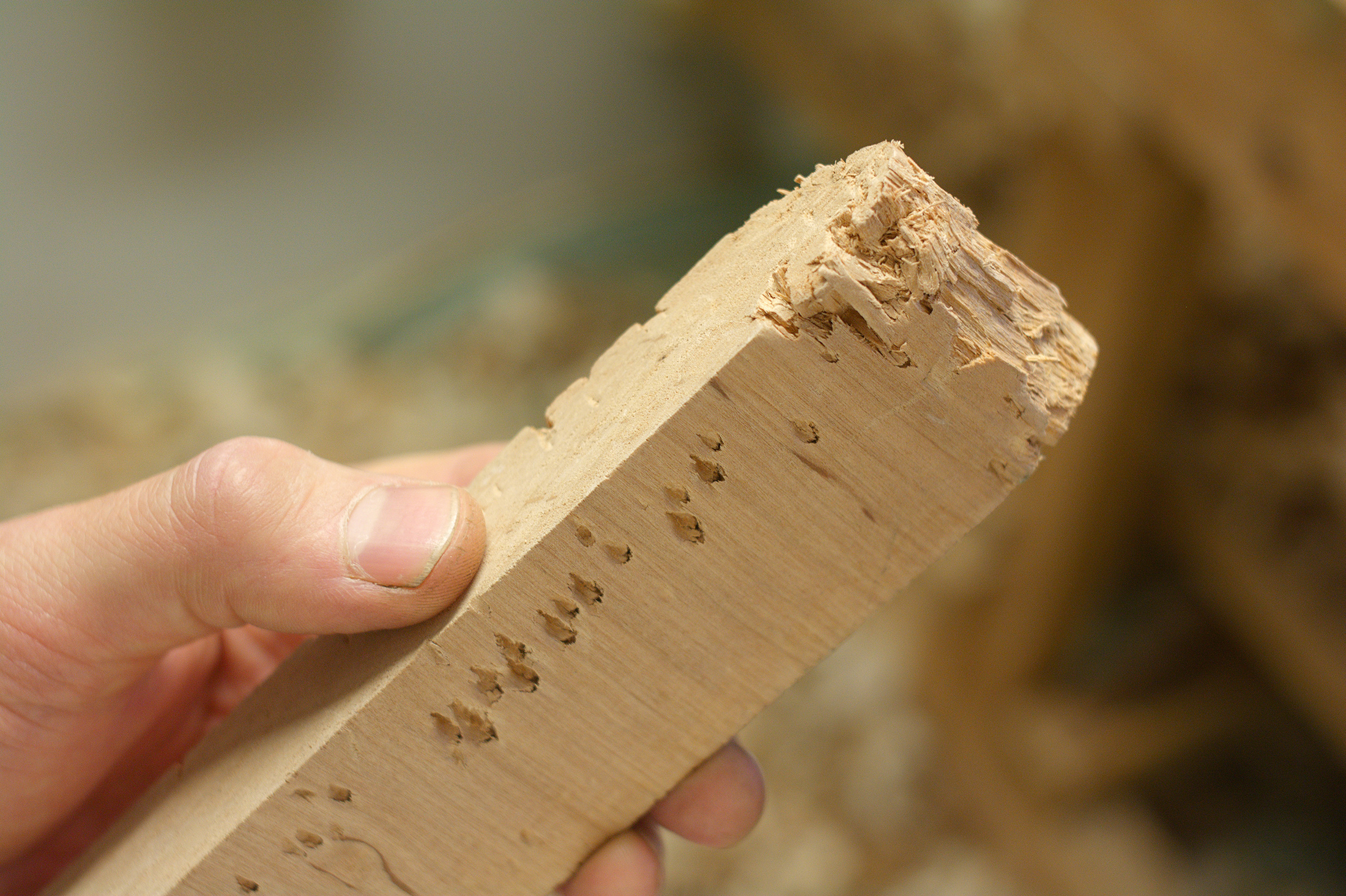 If I keep the camera in more or less the same position, move my hand away from the picture and wind back in time about six months you can see the one quilty for the tooth marks: 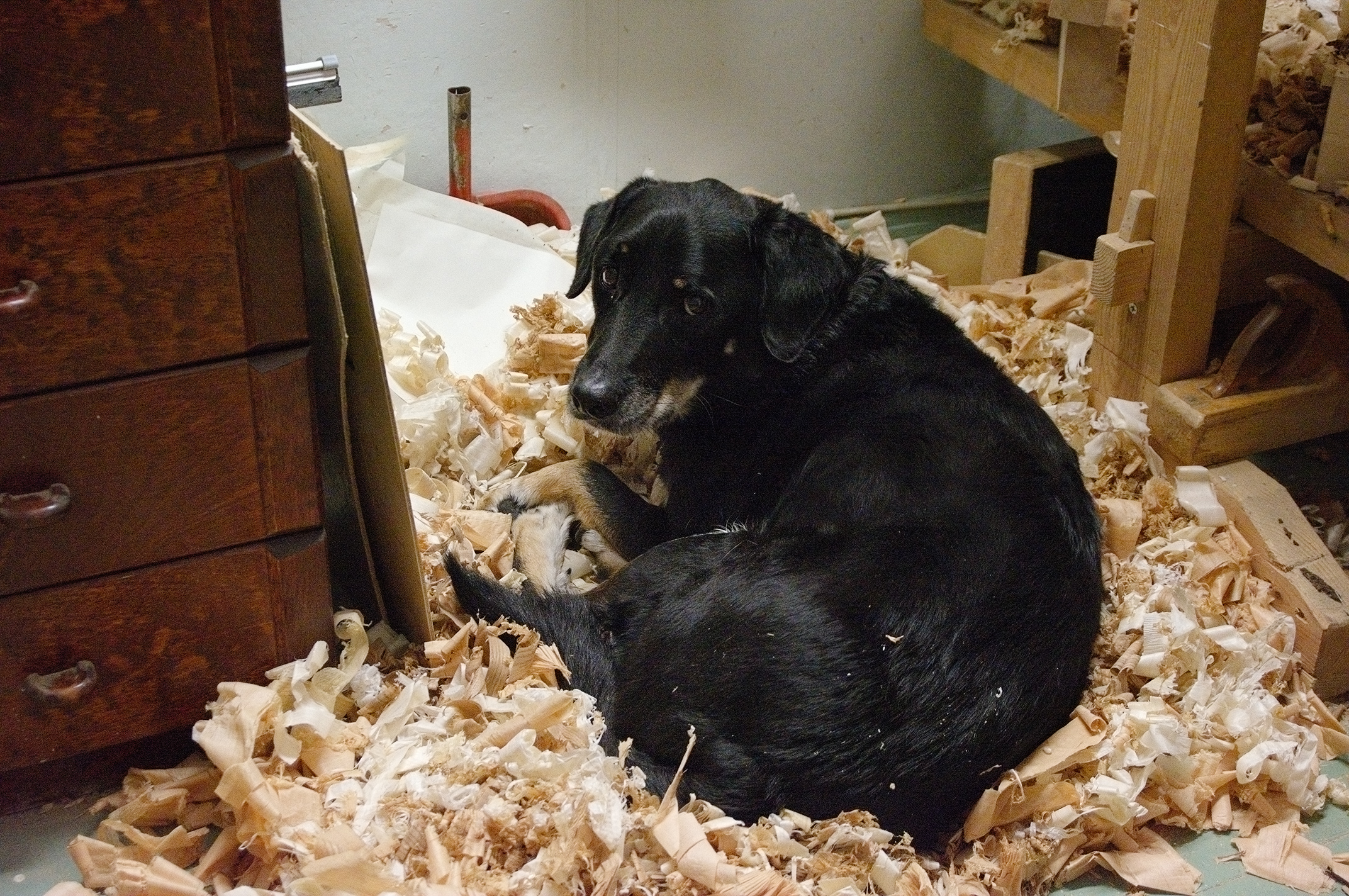 I have a bad habit of saving all kinds of little bits of wood ”just in case they come in handy” – and often they do – but these toothmarks didn’t make it any easier to throw it in the to-be-burnt-box. Pontus enjoyed gutting plushy toys and gnawing sticks but somehow knew what was scrap and what was not and often made it obvious that he had taken something, as if asking for permission. He smelled like basmati rice.

Not to get too sentimental here, I saw another trace of a dog lying around. 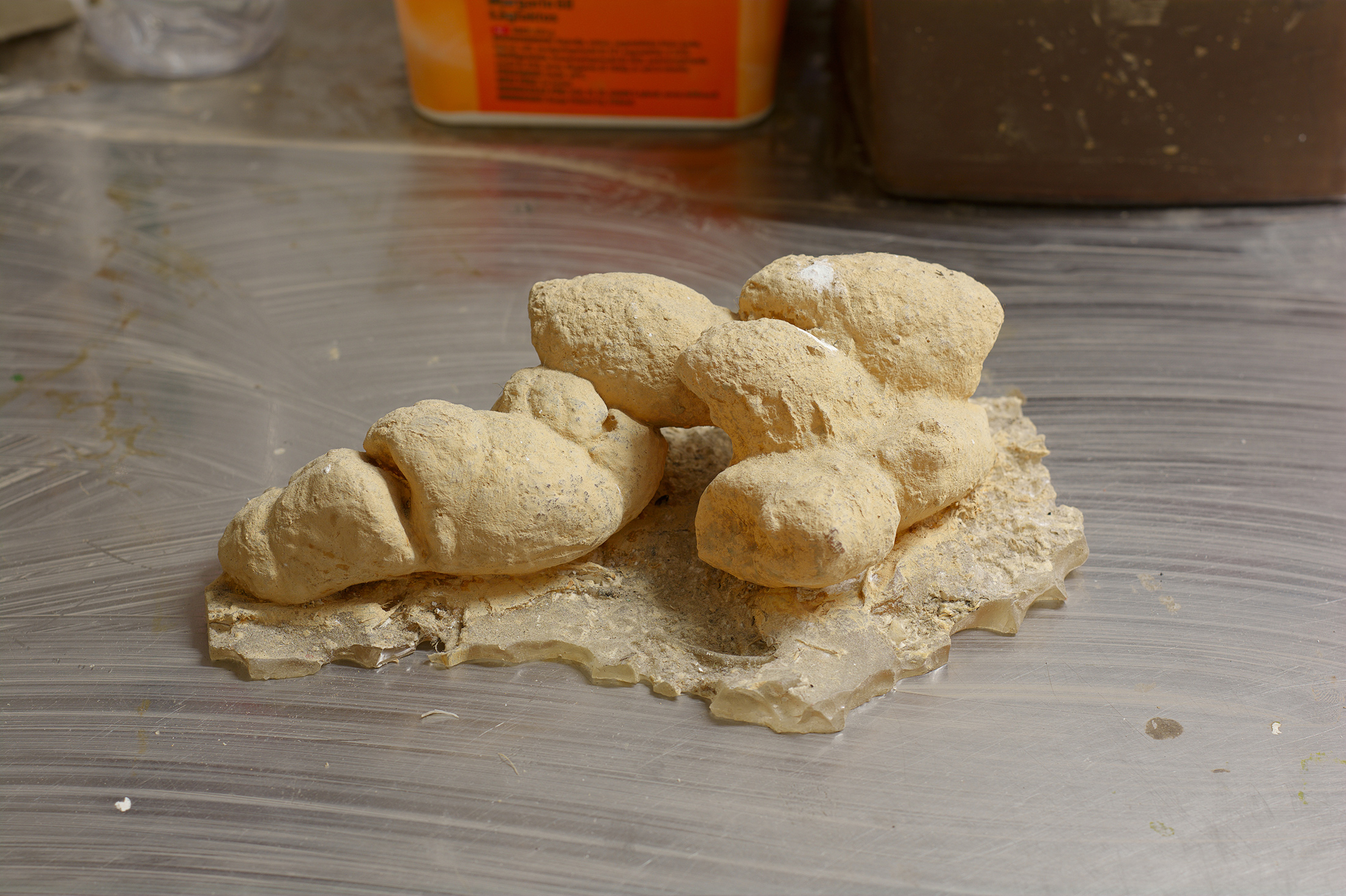 That’s right, it’s poop. Well, technically it’s a polyester casting of a poop, with clay slip brushed on it to make it less shiny and therefore easier to see the shape. This also came from a since deceased dog. Ronja laid it in the yard many years ago. It was such a beautiful piece of shit, I decided not to compost it just yet.

So there I was, on my knees, on the grass, my nose 15 cm (6″) away from a fresh piece of excrement, splashing and blowing plaster in all the crevices. After the plaster had set, I scooped out the poop with various utensils and… I’ll spare you the details. This must have been one of my weirdest moldmaking projects. The result is a bit strange keepsake I guess, but I also had a bigger project in mind.

It was a rather close call that the City of Helsinki didn’t get an upscaled version of this turd in a public park in the new Kalasatama residential area. I took part in an art competition with a piece using this poop as a model (hence the red clay). I continued in the spirit of Claes Oldenburg, playing with scale and banality, adding a little bit of grotesque and flirting with disassociated materials. I got in the top three with my polished stainless steel proposal Poop. 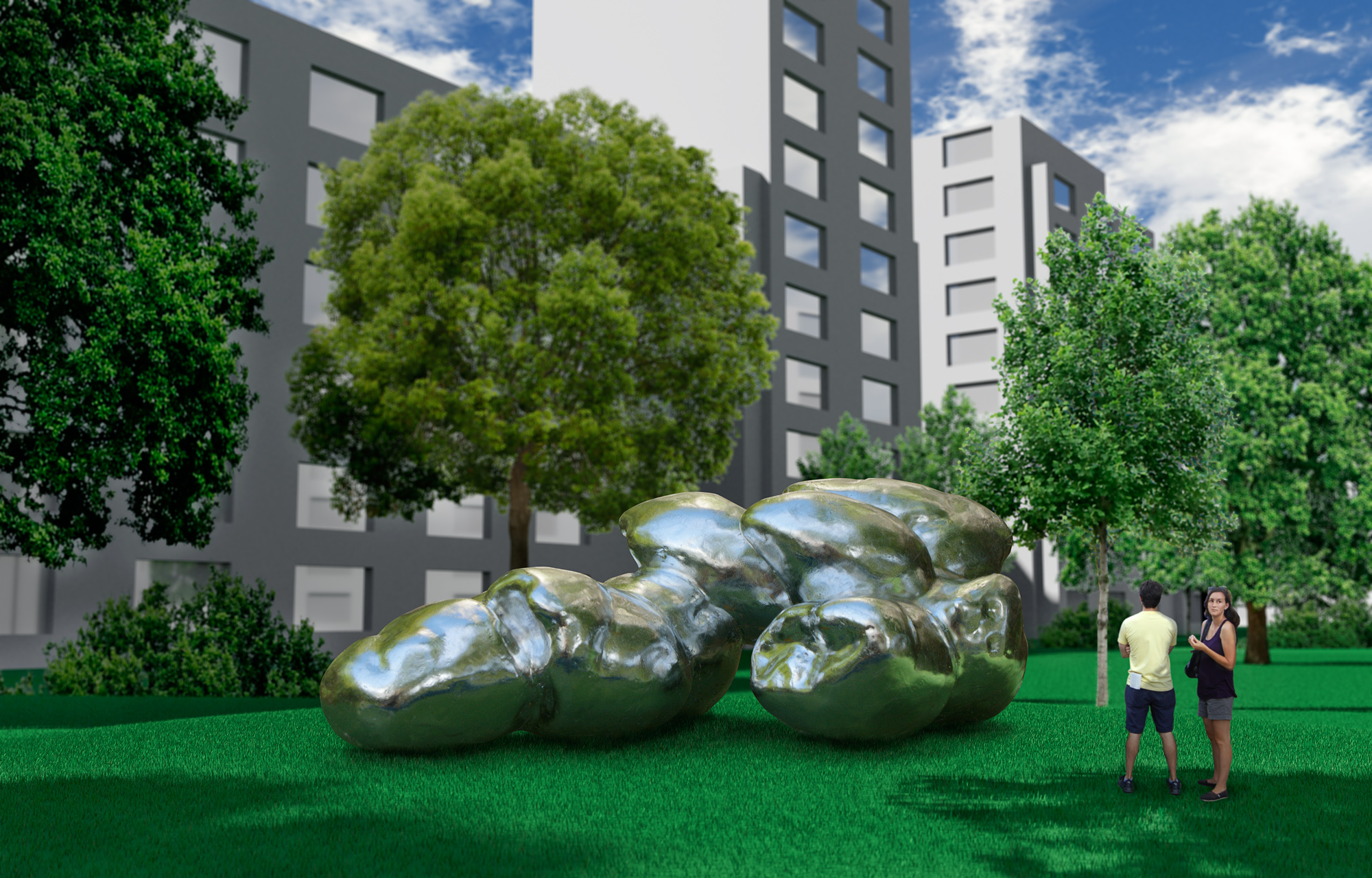 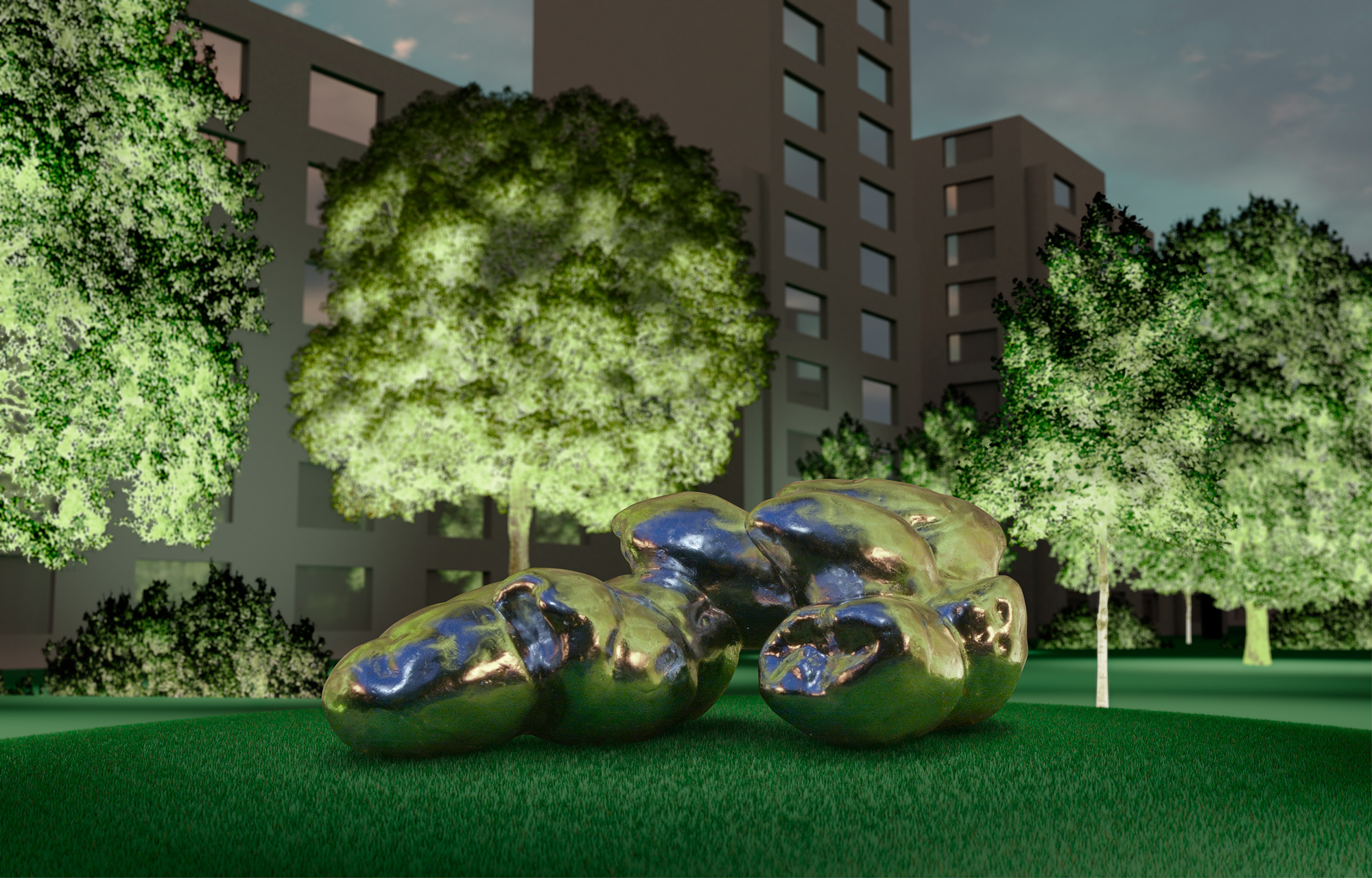 There were four competition areas. You can find the winning proposals and more information on the competition on Helsinki Art Museum website.